Following is a brief collection of thoughts and advice gathered from our decades of experience working on a multitude of projects for various groups and individual homeowners. Please take a moment to read through the information below, and if at any point you have questions, please feel free to contact us!

How to Approach Your Project

There is a right way and a wrong way to approach your project. We, at Victorian Heritage, would like to share some simple steps for you to consider.

The first question is often: should I hire a project manager to oversee my job site? It would be in your best interest to hire a project manager because they have a long list of reputable contactors that they have previously worked with and developed close working relationship. In most cases, there are certain employees that we use from those contractors. At Victorian Heritage we look for dependability, trustworthiness, and take pride in our work. These qualities aid to the success of your project, as you filter the professionals from the unprofessional. All the subcontractors work is done under the project manager; they know what is expected and what quality of work should be done. Homeowners often think "I don't need a project manager – I can save money by overseeing it myself." Nine out of ten times that decision costs the homeowner more money than intended. Most homeowners do not know the timing or stages that a project should be done. 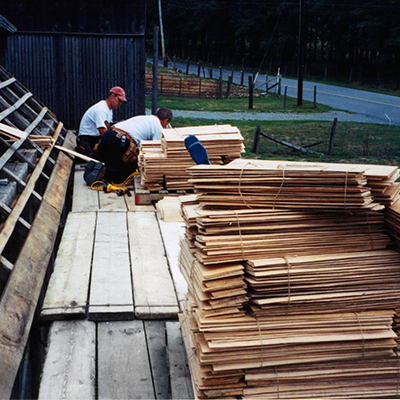 Making of custom side lap shingles

Here is one example. A homeowner had the drywall put up before the electrical and plumbing was finished. The homeowner had to open up and re-hang everything after discovering their mistake. A Project manager typically charges 10% to 15% in addition to the cost of the project. This means that a $100,000 job would only run about $10,000 to $15,000 more from the original cost with the benefit of a peaceful mind. What if in the last scenario, the homeowner kept building before he/she realized that things were overlooked. The drywall was up, the trimmers were soon following, and the painters were behind quick follow. Then they awoke at night or at work suddenly realizing that things were missing and overlooked. Thousands of dollars wasted all because the homeowner could not properly oversee their project. Victorian Heritage has seen this many times. A homeowner called us after having a $50,000 standing seam copper roof installed. He was informed after the roof's completion that his chimneys needed renovation. We broke the news to him stating that the chimneys were so deteriorated they had to be rebuilt. However, in order to renovate we had to build scaffolding on the roof; the homeowner's stammered, "But it's a brand new roof." The scheduling and order of completion process is critical in ensuring that your project is completed properly and the most cost efficient. At Victorian Heritage, we have 50 years of experience in knowing the precise and accurate procedure in scheduling tradesmen for your project.

Another aspect of managing a job is physically being on site making sure things are being completed correctly. Never assume that if you manage a project yourself your workers will do everything as envisioned. It's impossible to be at two places at once. The project manager overseeing your project is responsible for the process and the quality of the workmanship. They will alleviate the stress and frustration that you would experience. Victorian Heritage works with you step by step as the project processes to completion. Our expertise justifies that a little more cost is money well spent. Customers often call an architect first; however in some cases an architect is not necessary. In cases where an architect is needed, you can acquire significant costs quickly even before your project begins. Our company has architects and engineers that we closely work with when their service is required. Sometimes expensive drawings and designs are not always necessary when dealing with the restoration field. The project manager will guide you in these cases, and only use them when necessary. That can save you thousands of dollars right off the bat. Keep in mind that restoration, renovation and period reproduction is much more different than new construction. 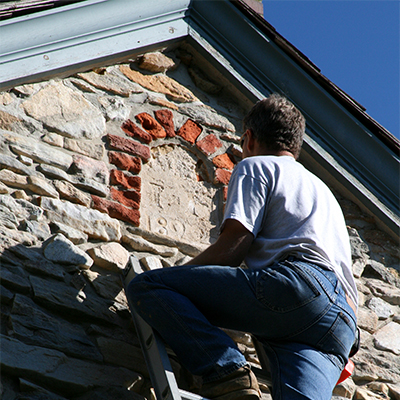 When choosing a project manager or any contractor, ask questions. Look at how long they have been in business and if they have reputable references. What is their specialty? Inquire if they have pictures of similar job to your project. Best of all, if possible, go view at past jobs in person that they have completed and ask the owners of their experience. Never assume that they can do the job just because it says so on their truck door or on their business card. Ask the contractor to do a sample panel or a small sample on the building.

When you receive an estimate, make sure you compare apples to apples. First compare the quality of work that will be done by doing your homework. Look closely at what is included and what is not. Many times contractors give lower prices just to get the job. The next thing you know, you are bombarded with lots of extras that they did not originally include. Before you know it the cost is way over your highest estimate.

Ask how they plan to do the project. Are they removing the debris and are they doing the final clean up –like putting down grass seed if the yard is messed up. Remember the lowest price does not always save you money in the end. If they are going to take short cuts "their short cuts end up being long cuts" and you could be paying for those failures down the road.

By preserving the past it enables future generations to see and study the tradesman's technique in early construction. So often, the word "restoration" is misused in describing the type of work performed on a building project. The different building methods are described below: 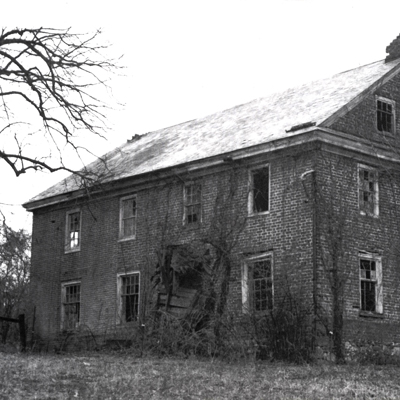 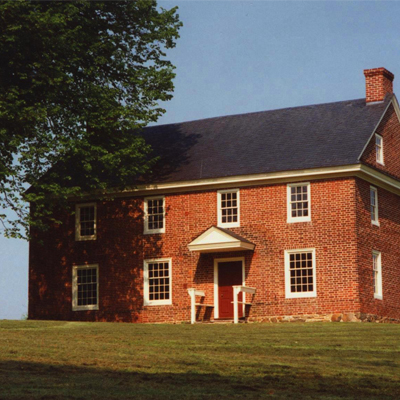 There is a right and wrong way to do restoration on your historical building. In masonry it is very hard—sometimes impossible—to reverse your mistakes if done improperly without damaging the area or incurring a prohibitive cost. Restoration is easier with wood materials since you can simply wait until it deteriorates.

When restoring a brick building, the biggest challenge is finding brick that will match in size, texture, and color. It can take weeks, months, and even years to locate specific material. In some cases, finding the original bricks is impossible, so your only choice may be to find a brick maker with expertise in traditional brick making.

Victorian Heritage, Inc. was challenged to match original square hearth bricks in Berks County, Pennsylvania. We accepted challenge and took on the project. We first attempted to excavate the clay from the property in which the hearth bricks were needed. A master carpenter made the brick mold to our required size, and we then worked the excavated clay into the mold. Two-hundred twenty square heart bricks were made and sun dried for weeks. We were in contact with Colonial Williamsburg (brick yard) and they were willing to work with us to fire the hearth bricks in their wood kiln. The end result was the correct color, texture, and size. 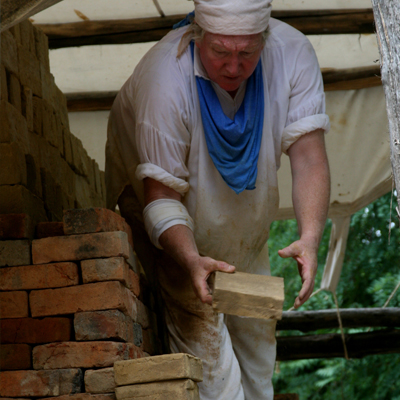 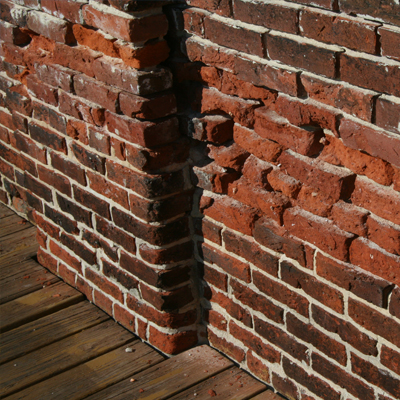 When a historical masonry building is neglected due to lack of proper care and maintenance throughout the years, you will find deteriorated mortar joints and brick that allow moisture to enter through the walls.